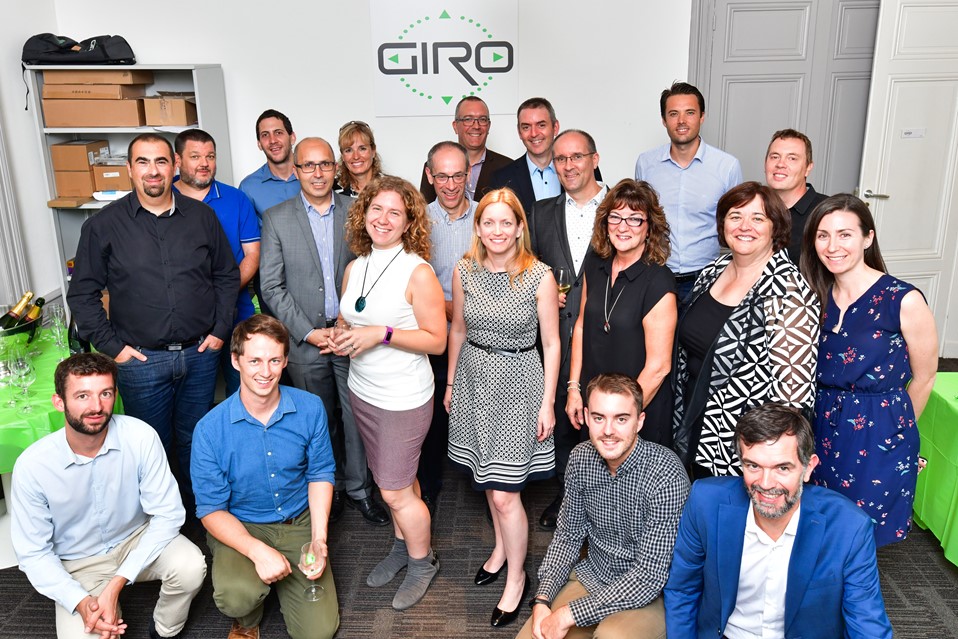 The grand opening of GIRO’s first office in Europe took place on September 23, in Lyon’s 1st Arrondissement. Clients and GIRO staff came together to celebrate GIRO’s commitment to serving its European clients even better. France’s second city, Lyon was selected for its strategic location in Europe at the crossroads of several regions and cultures.

With this new workspace, GIRO aims to be closer to its clients in Europe and their day-to-day reality. The new premises will also allow the company to provide even better support to the teams already located on the continent.

“A major consideration for our teams is adapting to our clients’ changing environment,” said Simon Crespy, Director of Business Development and Head of the Lyon Office. “By being closer to our clients, we will be even more responsive to their needs and support them better in their projects.”

“Opening a new office is an important event for a company, even more so as we have just celebrated our 40th anniversary,” stated Jean Aubin, GIRO’s President and CEO. “What matters to GIRO is ensuring long-term relationships with our clients. Being close to them is one way of achieving this goal. Since the company was founded, we have been doing this with our representatives across the globe, but having a local presence with an office other than in Montréal is a major step.”

GIRO, specialized in developing and implementing software for the public transport industry and postal industries, supports clients in more than 25 countries. In Europe, GIRO’s HASTUS solution is deployed in more than 15 countries, including Germany, France, Norway, the Netherlands and Sweden.